Reincarnated With The Strongest System Chapter 1212

Chapter 1203 Are You Mofos Ready To Rumble?

“Superbia, let’s leave this place,” Invidia said with a serious expression on her face as she looked at her friend who was seated beside her.

“Where should we go?” Superbia asked with a smile.

“Anywhere but here. Let’s just wait until the war is over.”

“Do you really think that it’s even possible for us to hide?”

Invidia sighed because she understood what her friend was telling her. Due to the power of their Divinities, they were quite sensitive to the changes of the world. Even if they left the Silvermoon Continent, sooner or later, they would be forced to participate in the war because it was their destiny.

Just like a rope that was slowly tightening around their neck, both girls knew that there was nowhere for them to escape. Their only choice was to choose what side they would be standing on.

“Tell me, what happened with you and William?” Superbia asked. “You’ve been restless these last few days.”

“That pervert will definitely punish me when he returns,” Invidia replied with annoyance. “Just because I didn’t let him drink my mil– I mean, just because I don’t want to fall into his evil schemes, he plans to torture me instead!”

“He can’t torture us. The contract wouldn’t allow such a thing to happen.”

“And I’m telling you that the contract has a loophole, and he is taking advantage of it!”

Superbia blinked in confusion as she looked at her friend who was gnashing her teeth in anger. Invidia was someone who carried the Sin of Envy. Because of this, she couldn’t help but feel envious of anything and everything around her.

Back then, although it was tragic, she felt envious of their sisters’ sacrifice to protect William from Felix’s and Ahriman’s clutches.

She was even the one that tried to convince her that they should jump ship to William’s side. However, right now, Invidia was telling her to leave the Silvermoon Continent and get as far away from William as possible.

“Tell me what happened,” Superbia urged. “Don’t worry. I promise that I will help you and talk to William about it.”

“W-Well, you should really talk to him,” Invidia replied. “He took advantage of that pleasurable feeling to…”

Once the dam was opened, Invidia wasn’t able to hold herself back from venting her frustration about the Half-Elf who had treated her like his personal milk bottle.

“Everytime I took Ella’s form, he would demand that I breastfeed him,” Invidia said with a face that was as red as a tomato.

“You should have rejected him,” Superbia answered. “He can’t force you if you don’t like it.”

“B-But that is the thing! He doesn’t ask and just simply does it without my permission,” Invidia stated. “He does it after he drinks my blood, which makes it hard for me to resist him. Also, as he drinks my milk, I feel myself feeling weaker.

“It was as if he was drinking the power of my Divinity, but after I carefully inspected my strength, I found out that my strength hadn’t decreased, but rather increased instead. Also, I feel less envious of my surroundings afterward. For the past three days, I haven’t felt envious even once.”

“Could it be that he is preventing your Divinity from breaking out?” Superbia rubbed his chin with great interest. “You know, we suffer from those Divinity Outbreaks from time to time. They are quite painful and, at times, we lose our senses. We just wake up after the urge recedes, only to find that we have destroyed a settlement or two.”

Invidia didn’t have a comeback for her friend’s explanation. Indeed, the Seven Deadly Sins were prone to their powers going out of control. Unlike the Virtues who didn’t have this problem, the ladies bearing Sins found living much harder compared to regular people.

Just as Invidia was about to change the subject, they heard a loud cracking sound come from the sky.

It was not only them that had heard it, but those that were located at the Central Lands of the Elves as well and they saw the distortion that appeared in the heavens.

A red portal appeared from the crack in the sky and from it they sensed a power that made their hearts tremble.

“So, this is the next target for the Army of Destruction?” a middle-aged man looked at his surroundings with a sneer. “Well, I guess it’s better than the last one we destroyed. Oh… interesting. This world also has a World Tree. Not bad.”

The man was sitting on the shoulder of a Giant, who was eyeing the Giant Tree with a critical gaze. Although it was smaller than the World Tree, Yggradrasil, these were the targets that the Army of Destruction liked to destroy because once it was destroyed, the lands around it would wither at a faster rate.

The giant slowly descended from the sky, but he wasn’t alone. Soon, more giants appeared, as they too slowly made their descent into the new world that they were about to destroy.

Superbia and Invidia felt their hearts shudder because the being that was seated on the Giant had the strength of a Pseudo-God. However, it was not an ordinary Pseudo-God, but a Peak Pseudo-God that was only a step away from Godhood.

The Giant he was sitting on was also a Pseudo-God, which made the two girls think that they were looking at a nightmare that was about to become a reality.

Over a thousand Giants descended upon the Elven Lands, and their combined might alarmed everyone that sensed their presences.

And Hundreds of Myriad-Ranked Giants.

This was just a small scouting force from the Army of Destruction that was capable of destroying a world that was similar to Earth.

Seeing that a World Tree was in front of them, the giants roared and a few of them charged towards the Giant Tree to cut it down with their blazing axes.

The ground shook and several fists made of rock and earth slammed into the Myriad-Ranked Giants and sent them flying.

Drauum, one of the Guardians of the Silvermoon Continent, materialized as a Giant Golem and stood between them and the World Tree.

Soon, the Ancient Ent King, Myrendor appeared beside Drauum and clenched his fist in fury. The other Guardians of the Silvermoon Continent also appeared as they faced the Army of Destruction who outnumbered them in strength as well as numbers.

“The destruction of the world wouldn’t be complete without its defenders,” the middle-aged man chuckled as he gazed at the Guardians who had come to protect the World Tree. “I’ve always enjoyed watching the last struggle of the living. It makes destroying worlds so much fun.”

The leader of the giants nodded his head in agreement. This scene was very common to come across in every world they visited. Of course, no one liked for their world to be destroyed, so their strongest champions would always appear to fight for them.

However, their strength wasn’t on par with theirs, so they only served as entertainment before all of them fell into despair as they watched everything they held sacred be burned to the ground by the Flames of Destruction.

“No matter what happens, we need to protect the World Tree,” Myrendor declared. “Even if it kills you, do not let them pass!”

The middle-aged man clapped his hands in amusement as he nodded his head in satisfaction.

“Well then, shall we begin the Prelude of this world’s destruction?” the middle-aged man asked. “Everyone, please enjoy to your heart’s conten–”

A sudden cracking sound appeared right above the World Tree, and a black-haired teenager, wearing a golden headband, armbands, and bangles appeared with a golden staff in his hands.

“What’s this? A party is about to start and we were not invited?” William’s and Sun Wukong’s voices asked with an amused expression on the Half-Elf’s face. “This is good. I just finished my warm-up in Atlantis, and was wondering if I could find other things to smash. You boys came at the perfect time.”

“You…,” the middle-aged man’s happy expression disappeared and was replaced with a face that was filled with hatred as he pointed at the Half-Elf that had foiled his plans in the past.

“Well, look who’s here?” William chuckled when he saw the familiar face of an enemy he hadn’t seen for a while. “It’s been a while, Morax.”

William’s smile widened as several portals appeared around him.

Astrape, Bronte, Titania, Sepeheron, the Nymphs, Triton, as well as Leviathan walked out of the portals and stood beside the Half-Elf who was smiling like crazy.

“Well then, are you Mofos ready to Rumble?”

Reincarnated With The Strongest System

N/A
Score 8.6
Status: Ongoing Type: Web Novel Author: Elyon Released: 2021 Native Language: Chinese
Adventure Comedy Fantasy Harem Romance
“Darkness cannot drive out darkness, only Light can do that," the Goddess Amaltheia said as she held William in her loving embrace. "Hate cannot drive out hate, only Love can do that.” In order to help his little brothers and sisters at the orphanage, and save the person he loves, William decided to make the ultimate sacrifice. This selfless act moved the hearts of the Gods into gifting William the opportunity to enter the Cycle of Reincarnation with their blessings. Together with his Mama Ella, and a herd of goats, William embarks on a new journey to find the meaning of happiness in his new life. In a world of Swords and Magic, where adventures roam wild and free, the tale of the Legendary Shepherd is about to begin! [Disclaimer: You might get addicted reading this story.] ----- If you are sick and tired of reading the same old isekai, reincarnation, system, and OP MC's then this novel will give you a breath of fresh air. So... Prepare yourself to read a story you've never read before. Prepare yourself to feel things you've never felt before. I'll wait for you in the latest chapters! ---- P.S I would like to thank my editor RedPandaChick for always being there to help me with the edits of my story. Special thanks to Eranoth for helping me Fine-Tune the novel to make it more consistent and less chaotic. 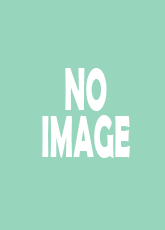 This Curse Is Just Awesome Ch. 345

This Curse Is Just Awesome

Vile Evil Hides Under The Veil

Trash of the Count’s Family

Death Is The Only Ending For The Villain Ch. 279

Death Is The Only Ending For The Villain

not work with dark mode
Reset